12Us Win Championship vs the Super East Bulldogs (3-2) 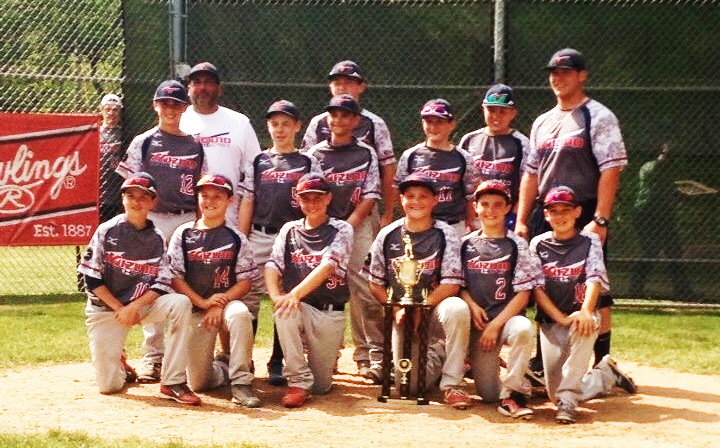 This past Memorial Day weekend, the Team Mizuno Northeast organization traveled to Hartford, Connecticut to participate in the 2015 Super East Baseball Memorial Day Classic. The tournament was held for the 10U, 11U, 12U, 13U, and 14U divisions. “TMNE” boasted eight total teams in the event and had a solid showing. Each team played 4 minimum games over a two-day span (Saturday & Sunday). Teams were then re-seeded into a championship bracket and a consolation bracket.

The organization picks Memorial Day annually to participate in one tournament together. This gives players and families the opportunity to enjoy a fun-filled weekend of baseball with all the families that make up the organization. Players are encouraged to attend other age groups and root for other “TMNE” players and teams. Organizationally, it’s one of the best weekends of baseball as it’s a time where the program is truly one big family.

After two days of pool play, the organization had three teams in championship play. After upsetting the #2 seed overall, the 10Us were eliminated in the 10U Semi-Finals by the Long Island Force. The 13U Navy team played solid baseball, going 4-0 and was the #1 overall seed after pool play. Their run came to an end as they were eliminated in the Semi-Finals by the Western Mass Jaxx.

The strongest showing of all the “TMNE” teams were without a doubt the 12U Navy team. The team finished the tournament 5-0-1 and defeated the Super East Bulldogs in the Championship game 3-2.

Behind a stellar pitching performance by Brady Smolinsky in the championship game, the team was able to stay on top of the Bulldogs from the first inning on. Andy Gardner led off the bottom of the first with a walk, Jon Santucci was hit by a pitch and Gavin Price walked. Schofield came to plate with bases loaded and roped an RBI single to left center. Following some patient at bats by Brady Smolinsky and Sam Hill who both drew walks and with Brendan Morris being hit but a pitch, the shaky Super East Bulldogs starting pitcher issued two more runs by the end of the inning. That was all the run support Smolinsky needed. he left the game with a 3-0 lead, allowed just three hits, walked three and struck out seven in five innings of work.

Things did get interesting in the top of the 6th inning when Gavin Price took the mound. After the right-hander struck out the first two batters of the inning, he then walked the third batter and the fourth batter reached on a drop third strike. Botching a pick-off attempt, Price allowed two runs to score and advanced the tying run to third base. Price got out of the jam, striking out the final batter and retired the side – clinching the Super East Memorial Day Classic Championship. The weekend capped a stretch where the 12U “TMNE” team has now won their last 20 of 21 games.

The 12U TMNE team had outstanding weekend performances from staring pitching: Josh Keevan in the Semi-Final game and also swung a hot stick all weekend, Brendan Morris who took a no-hitter into the fourth inning of game 3 of the tournament and also caught magnificently in the final game, Damon Fuller who had solid hits throughout the tournament and Patrick Kelley who shut down the Long Island Force on the mound. The talented group of 12 year olds also had some key hits all weekend from Sam Hill who pounded the ball and drove in several runs, Adam Fuller who had double digit hits and David Siciliano who had a couple of multi-hit games over the weekend.

All Mizuno Northeast teams come off the weekend eyeing their final league games before heading into NEAAU and NEBA playoffs over the June 6 & 7 weekend.